More SunPower Than Ever Before

Andrew and Mark at Antelope Valley

Deserts may look barren to the untrained eye, yet as California’s Antelope Valley proves, they’re a fertile breeding ground for solar.

Last Friday, Mark and Andrew took a trip out to what will be the world’s largest solar power plant. Known as the Antelope Valley Solar Projects, the development consists of two solar installations side by side in Kern and Los Angeles counties.

Through a partnership with Sunpower and MidAmerican Solar, construction on the 579 megawatt project is anticipated to be done by 2015. Not only will this project provide enough clean, renewable energy to power 400,000 homes, but jobs are already being created for the construction, operation, and maintenance of the project.

The panels used for the project exhibit the quality and cutting edge technology you’ve come to expect from SunPower. SunPower panels, which already provide the most energy in the least amount of space, will be mounted on Sunpower T0 Trackers, allowing the panels to track the sun throughout the day, resulting in a 25% increase in energy capture.

Check out more photos below from the kickoff celebration that took place Friday April 26th. 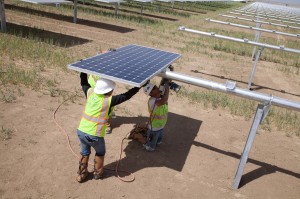 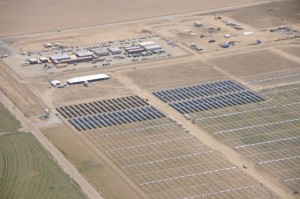 Antelope Valley Project from above 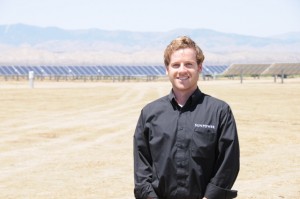 Andrew Fish of SunPower in front of the development 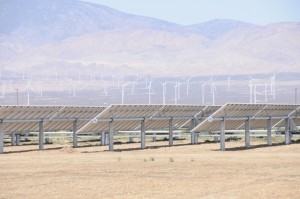 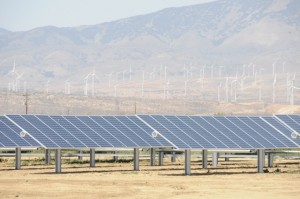 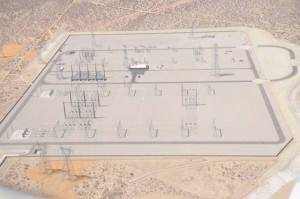